Florence, the Beacon of the Renaissance 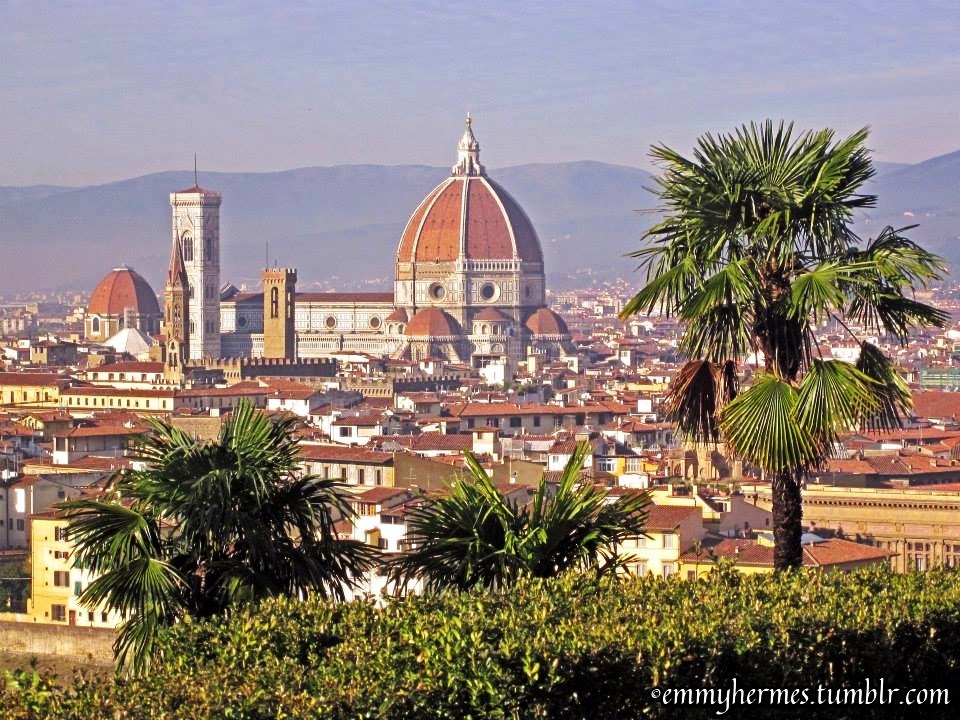 Tucked away in the foothills of Tuscany lies the next stop on our “Contrasts of Italy” blog series. Renowned for its unmatched landscape, the region of Tuscany is situated north of Rome and south of Venice in a fairly central area of Italy. Before we fully dive into our observation of one particular city within the Tuscan border, let’s perform a quick interactive exercise so that you can easily form an accurate mental image of the region.

Take a second to open a new page of your browser and type the word “winery” into your search engine. Review the results at your leisure. Once you’ve wholly absorbed the images that are displayed, navigate back to your search engine and type “Tuscany.” Very similar, yes? This is Tuscany in a nutshell – expansive plains, vivid greenery, and rolling hills as far as the eye can see. Of course, with scenic views such as this, it is no wonder that this area is celebrated worldwide for its exquisite cuisine and wine, specifically in Chianti. 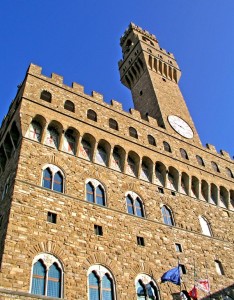 In addition to exceptional wines, Tuscany is home to some of the country’s most unique and picturesque cities. Siena, for instance, is a completely walled town that still retains its medieval identity in the modern world. Pisa, on the other hand, owns one of the most universally recognized architectural wonders (hint: it leans) along with numerous other museums and churches. The largest and most populated city, however, is Florence (Firenze in Italian) – the birthplace of Renaissance art and culture and my personal favorite in all of Italy. 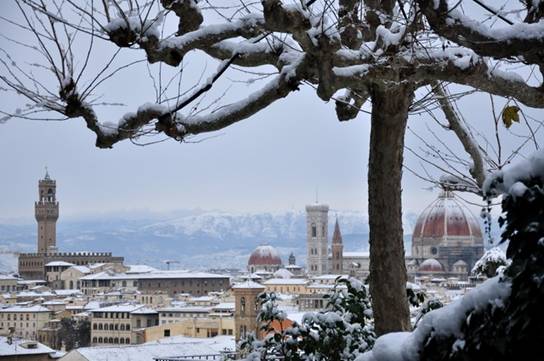 To the untrained eye, Florence may appear to be a very traditional city, one with roots planted so deep that it has left little room for growth through the ages. Aesthetically, and not unlike the majority of European cities, Florence has kept its classic facade that includes architectural stamps from its past. However, one quickly realizes after only a short period of time that in keeping with its revitalizing ethos of the Renaissance era, Florence continues to be a lively and diverse city with an active community that lives and thrives very much in the present.

The people of Florence are very welcoming. They are romantics who inherently hold a deep appreciation for the arts. Witness it for yourself as you walk hand-in-hand with your loved one on a balmy summer night, absorbing the city lights as a nearby guitarist softly plays his gentle tune. 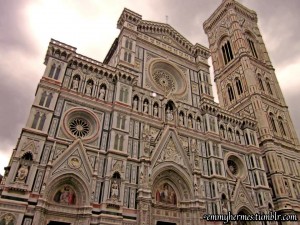 It’s probably no surprise that the art of Florence alone is worthy of its own four-part blog series. However, for the sake of time, listed below are my personal top must-sees in no particular order.

From Florence to the Cinque Terre

Once you’ve marvelled at Florence, you cannot leave Tuscany without taking a trip to the Cinque Terre. Similar to the Amalfi Coast in terms of beauty, the Cinque Terre (pronounced chin-que tear-ea) is composed of five seaside fishing villages along the Italian coast that are connected via local commuter trains, boats and hiking trails. Otherwise, vehicles of any type are nonexistent. The “five lands” and their surrounding hillsides and coastlines are part of the Cinque Terre National Park and are recognized as an UNESCO World Heritage Site. Due to its lack of corporate presence, these villages rely heavily on tourism and farming revenue to fuel their modest economies. 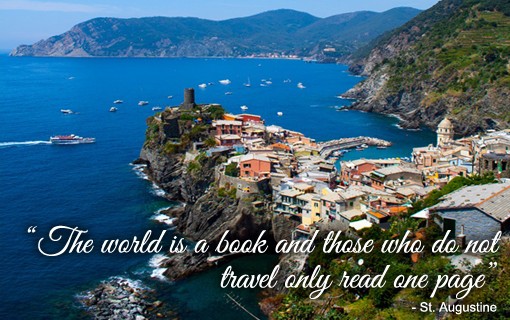 The cities listed from north to south are as follows: Monterosso, Vernazza, Corniglia, Manarola, and Riomaggiore. Several tour options from Florence are available, mostly day trips that will guide you through the area. I chose a tour that was hiking intensive, but we were also able to take the train at the end so that we could experience some coastal views between cities in addition to the hiking trails. There is absolutely no wrong approach to visiting the Cinque Terre, simply a wrong decision if left out of the travel itinerary completely. 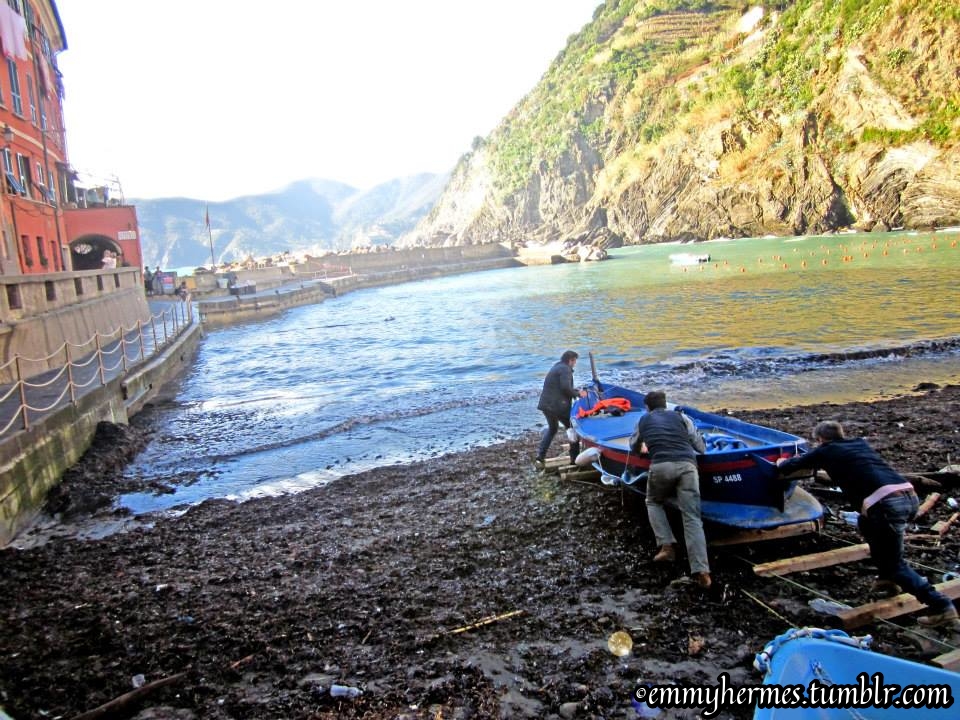 At this time, we have covered Enchanting Venice, Eternal Rome, Tenacious Naples, Serene Sorrento and Florence, the Beacon of the Renaissance. We’ve also touched on the Amalfi Coast and the Cinque Terre. Have you traveled to any of these places? Which one is your favorite and why? 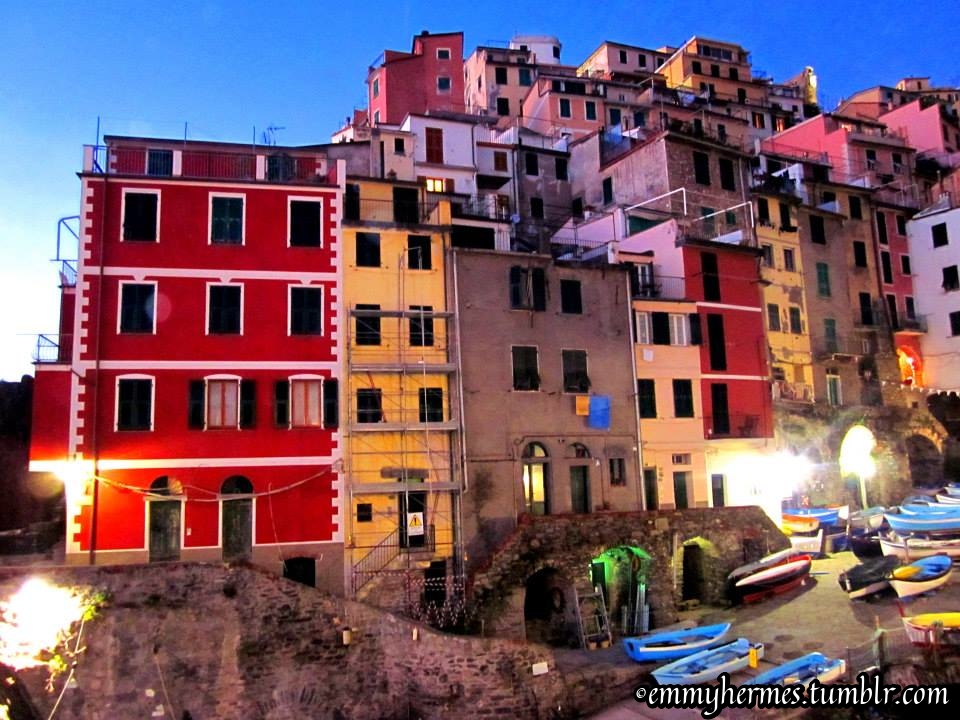 About Emmy: Emmy is a study abroad participant turned travel professional turned vagabond. She caught the travel bug after spending a summer in Spain in college and has since found herself on a continuous quest to experience as much of the world as possible. In 2014, after two years of working for one of the travel community’s most renown trade associations, she decided to take a leap of faith and departed for the experience of a lifetime – a solo trip across Europe with nothing but her life’s savings, a backpack and a pair of sturdy boots. Traveling on a budget is her niche. Follow along as she continues to document her adventures at http://emmyhermes.tumblr.com/