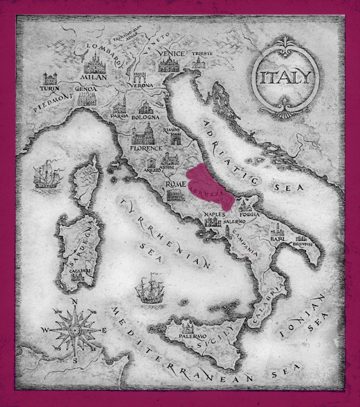 Tour in Abruzzo, a Central Italian region with the majestic Appenine mountain range to the West and the sparkling Adriatic coastline to the East.

Abruzzo or Abruzzi: So good they named it twice. From the alpine peaks of the Gran Sasso, to the wild wolves in the national park; from its craggy medieval hill towns, to its 120 miles of Adriatic coastline – this region has everything the italophile could wish for.

It is an area, mostly hilly and mountainous, with lush valleys, interesting little villages to discover, and vineyards to sample.

Abruzzo is still one of the lesser known regions of Italy, so you can leisurely wander around without the large tourist crowds found in other regions of Italy. It is a place to learn everything from history to wine tasting with our unique Abruzzo tours.

Tour in Abruzzo and Discover:

The mountainside town of L’Aquila is artistically important and, thankfully, many wonderful examples of art and architecture survived the earthquake in 2009. Of note are the magnificent Basilica di San Bernardino and a 16th Century castle. Not forgetting the region’s wonderful coastline of course, beach lovers will enjoy the pretty towns of Pescara, Tortoreto, San Salvo and others.

Activities throughout the year are limitless – mountaineering, climbing, horse riding, sailing, fishing and windsurfing are some that are on offer.  Cycle trails through pine woods and beech groves are also very popular.

The territory of the four provinces of Abruzzo is divided into a varied landscape…the province of L’Aquila is characterized by majestic mountains; in Chieti, hills dominate the area, while Pescara and Teramo are both mountainous and hilly. The capital of Abruzzo is L’Aquila (‘The Eagle’). On the coast of Abruzzo, Pescara is one of the most popular locations and is also the birthplace of Gabriele D’Annunzio. Abruzzo is full of natural treasures and folk traditions, such as the odd but intriguing “festival of the serpents” in Cocullo, which brings thousands of people to this tiny village on the first Sunday of May.

During the winter, the Abruzzo mountains offer snow lovers numerous possibilities for downhill, cross-country, alpine sluing, skiing and snowboarding. The highest number of winter resorts can be found in the L’Aquila province, but the Teramo side of Gran Sasso and the Majella also offer a good level of facilities. Those wishing to discover wonderful archaeological ruins are well served – the Fucino Valley is an outstanding area to discover.  The ancient Roman city of Alba Fucens can be found close to Monte Velino – here you will find the remnants of Roman villas and a necropolis.

It is clear then that the Abruzzo region is very much an all year round destination and has the advantage of being, as yet, largely undiscovered by mass-tourism.

Your Friend In Italy will help you indulge all of your senses.

We invite you to experience the true heart of Italy with our tours in Abruzzo and the rest of Italy!